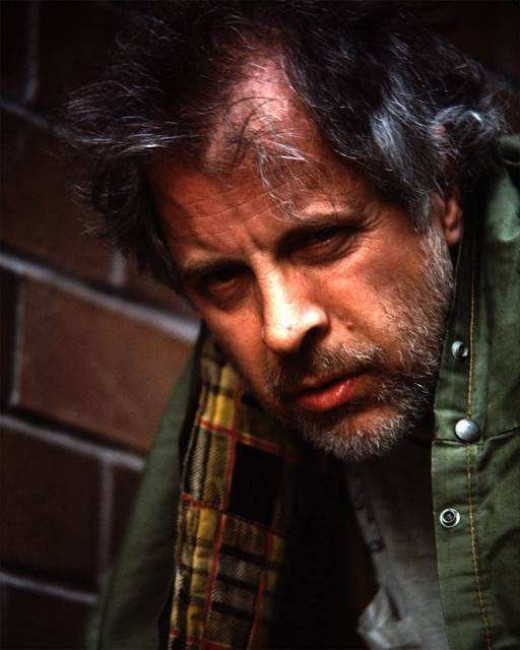 It Takes All Kinds

Online dating is a wonderful way for two people that would otherwise never meet each other to go out on a date. Personally, I know at least four couples who are now happily married that met online. So yes, online dating can definitely work. However, this is not necessarily a hub about the positive aspect of online dating.

This hub is about the types of guys you meet while using online dating sites. Not all of the guys you meet are going to be a good match. Some guys are just outright scary. It is easy to see why they are dating online because if they approached an actual woman in person and used one of their cheesy online dating pickup lines, they would get slapped in the face.

On every dating site, there is a super creepy guy lurking about. On some sites, there are numerous freakish looking dudes roaming around all over the site. You know who I am talking about. These are the guys that look like they’ve just killed a kitten or they have a dead body buried under their house.

Often, their photo looks like a mugshot. When using an online dating site, it is always a nice idea to attempt to comb one’s hair and SMILE. It can go a long way making that mugshot photo look semi-friendly. Sometimes the photo is a sad webcam photo. The guy is alone, just sitting (usually shirtless) in the basement. It is sad, but no one is going to respond to that. Yes, that dude might be a serial killer.

Oh, Foot Fetish Guy, you are everywhere on the internet. No harm to you or your foot fetish, but your love of feet has become almost a cliché in the world of online dating. No matter what site you use for online dating, there is always a Foot Fetish Guy. He likes to talk about feet in his profile. He offers to massage your feet if he meets up with you. Sometimes, you might even find a dude that offers you some cash to send photos of your feet. Yes, this has happened to me before. No, I did not take him up on the offer.

The bottom line is, Foot Fetish Guy needs love, too. Somewhere out there, there is Foot Fetish Gal, and she is going to be more than happy to meet up with him. So wherever the foot fetish folks are, more power to you. I hope you find each other and marry someday.

Obviously Gay and In Denial Guy

OK, this is a touchy subject. I am not trying to be controversial with Obviously Gay and In Denial Guy, but every woman out there KNOWS what I am talk about. Let’s not kid ourselves about this one. I love gay guys as much as the next girl, maybe more, but I can’t date a gay guy. I can go shopping, guy hunting, and to the gym with a gay guy, but dating is not going to happen.

The Obviously Gay and In Denial Guy is online and pretending he likes women. He posts things on his profile about how much he enjoys shopping, manicures, and makeup, but he claims he is not gay. I am pretty open-minded and even went out with a guy like this in the past. And guess what? He was totally, obviously gay! While he ate his delicate salad at dinner, he said things like, “You go, girl!” and “Everyone at Starbucks thinks I’m gay.” Ummm… yeah.

Mr. Huggy is a guy that is seen frequently on all dating sites. Mr. Huggy wants everyone to know he is affectionate and friendly. He proves this by posting plenty of photos of him hugging everyone he knows. Mr. Huggy is often seen hugging his mom, his sister, his female friends, and perhaps even his ex-girlfriend or some chicks he just met at the bar. The problem is, Mr. Huggy’s plan backfires with all these photos. Women do not see him as affectionate. Instead he is viewed more as “a ladies man” with these photos.

You see, to all you overly affectionate huggy guys out there, when a woman sees that practically every photo on your page features you hugging some other woman, she really doesn’t care who you are hugging. You look like the guy that can’t keep your hands off other women. I don’t care if it states in fine print, “this is my cousin.” If you have 8 photos and most of them show you with other women, I am going to think you might be too much of a flirt with other gals. I could be totally wrong, but we won’t ever get a chance to find out. Feeling the need to post photos like that says something about you. You are trying to create an image that you are surrounded by other women all the time.

Furthermore, if you are the type of guy that likes to pose with your “bros” while you are at a bar, those photos are not doing you much justice either. Basically, that tells me you hang out with dudes at the bar all the time. Where will I fit in? Also, most of the time when I see a photo with a group of guys, I don’t even know which dude is posting the photo. Who are you in the bunch? What is going on? Even if a guy points out which guy he is in the group, most of the time, his friends are better looking. I can’t tell you how many times I’ve wanted to message a guy back and say, “I am not interested in you, but your friend is super hot in your third photo. Is he single?” So yeah… group photos… bad idea.

Gamer Guy has been sitting in the basement and playing video games for too long. Now, Gamer Guy is looking for a chick that might also like to hangout in the basement and play Warhammer online all day long. Sadly, Gamer Guy is not really into going out on a date or anything that would actually involve physically leaving his computer, but he is more than happy to open the door and let a lady in… especially if she brings pizza.

Oh, Gamer Guy, your sad existence is a total bummer. I hope one day you find that lady of your dreams, but maybe, just maybe, leaving the computer to take a shower and actually going outdoors to show up for a date will increase your chances of success.

Honestly, a football jersey is really not that flattering. If you are wearing a jersey, sitting on the couch, and drinking a beer in your photo, it is actually really sad. If you want to really impress the chicks, go outside and have a friend take a picture of you running with a football or something. At least that shows us you don’t spend every waking moment screaming at the TV during football season. Posing with your sports memorabilia does not help you either. Can you say obsession?

Unfortunately, many guys that use online dating sites can fall into the Overly Aggressive Guy category. For some reason, guys that are using online dating sites believe they are on a tight schedule and meeting women as fast as possible is the goal. Let me give you a piece of advice guys: women might be online, but it is not like buying something on Amazon. You can’t just say, “I want that one,” and add a woman to your shopping cart. You need to actually email her and not creep her out in the process.

Overly Aggressive Guy gets upset when he sends an email, but a woman does not respond to it within 24 hours. For some reason, Overly Aggressive Guy gets extremely frustrated if he gives you his phone number and you do not respond immediately. Sometimes a nasty, angry email will follow insisting on reasons why a phone call never occurred. Wow! Can anyone say, “anger management”? Time to push the “block” button on the bottom of his profile.

Now that I’ve probably angered some overly aggressive men out there, it is time for me to leave the scene. After all, it is going to take some time for me to weed through all the angry responses I will get from this. And once again guys, please remember I would love to hear your stories as well. I am sure you will have fun categories like Crazy Cat Girl and Desperately Seeking a New Man Chick. I look forward to reading it.