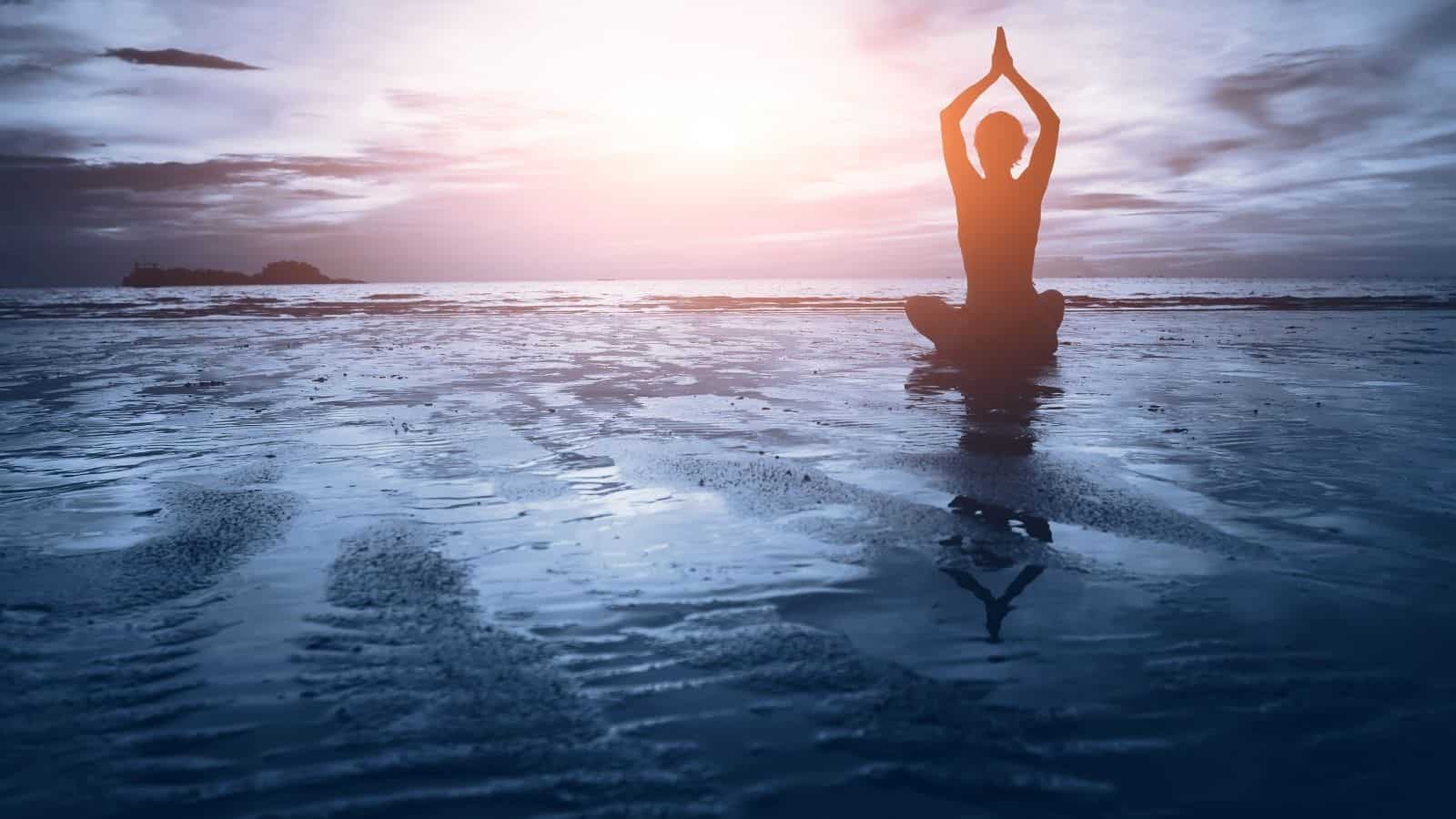 “Mindfulness is simply being aware of what is happening right now without wishing it were different. Enjoying the pleasant without holding on when it changes (which it will). Being with the unpleasant without fearing it will always be this way (which it won’t). – James Baraz

This world can undoubtedly test our limits, physically, mentally, and emotionally. Sometimes, the haste and worries of the world can seem overwhelming, and our minds can quickly become imbalanced. Mental illnesses have skyrocketed in recent years, due to increasing demands, technology overuse, and an increasingly chaotic world in general. Many of us wish we could just shut our brains off. But perhaps the answer lies in using our minds more efficiently.

Doctors and scientists discovered that mindfulness could allow us to remain in the present moment and not become frazzled by life’s uncertainties. By remaining still and calm without, this inner peace permeates outward. Thus, anything in one’s environment becomes manageable. Tranquility, in one’s mind, makes it much easier to tackle all of life’s stresses and worries.

A short time ago, scientists thought the human brain stopped developing in one’s teenage or young adult years, and that it would never change after that. However, now they’ve discovered that our minds can reorganize and rewire themselves by forming neural connections throughout life, called neuroplasticity. In fact, some studies demonstrate that the brain can build new connections despite injuries, disease, or age. These studies prove the brain might even strengthen and repair itself!

Researchers no longer believe that the brain cannot change throughout life. Furthermore, mindfulness can help rewire it and create new connections. Below, we’ll go over several studies that show how increasing awareness can help our brains develop new pathways and neural networks.

Researchers reveal how mindfulness can help heal your brain:

Millions of people suffer from depression globally, and according to data from Blue Cross Blue Shield, people of all age groups have seen a rise in depression diagnoses. In the U.S., depression affects around 10% of the population in a given year. And in the U.K., the number of people taking antidepressants increased by 100% between 1998 and 2010.

Professor of psychiatry at the University of Toronto, Zindel Segal, received a grant from the MacArthur Foundation to perform a study on Mindfulness-Based Stress Reduction (or MBSR). Along with two colleagues from the University of Oxford, Dr. Segal found that many patients saw dramatic results from the mindfulness program. Patients showed such high success rates that Dr. Segal got permission to do another study showing the effectiveness of mindfulness on depression. Because of these studies, mindfulness-based cognitive therapy (MBCT) became a mainstream healing modality for depression.

“People at risk for depression are dealing with a lot of negative thoughts, feelings and beliefs about themselves and this can easily slide into a depressive relapse,” says the Lancet study’s lead author, Willem Kuyken, PhD, a professor at the University of Oxford in the United Kingdom. “MBCT helps them to recognize that’s happening, engage with it in a different way and respond to it with equanimity and compassion.”

The study also found that the participants with a history of severe childhood abuse, which links to a higher risk of depressive relapse, benefited more than the group overall. Of course, this type of therapy alone may not cure someone with severe depression. However, it can always serve as a helpful addition to antidepressants and other types of treatment.

“Although the practice of meditation is associated with a sense of peacefulness and physical relaxation, practitioners have long claimed that meditation also provides cognitive and psychological benefits that persist throughout the day.”

Harvard University Medical School professor Sara Lazar and other Harvard researchers at Massachusetts General Hospital wanted to prove this statement through the development of an eight-week mindfulness-based stress reduction program. The program included weekly mindfulness meditation classes. They provided audio recordings for the 16 participants to listen to on their own. The instructors told them to keep track of how much time they meditated alone each day. The time averaged around 27 minutes a day for most participants. Researchers instructed them to primarily focus on “nonjudgmental awareness of sensations, feelings, and state of mind” during the duration of the study.

They used magnetic resonance imaging (MRI) to take brain structure images of the participants and took separate images for the control group. The control group did not participate in the eight-week meditation program.

The participants stated that they had noticed improvements in cognitive functions, which they explained further in mindfulness questionnaires. Their MRIs showed significant differences in gray-matter density in the brain, which controls functions such as learning, memory, and stress response.

The images revealed the following:

– Increased gray-matter density within the hippocampus, the area of the brain that controls learning and memory.

– Changes within areas of the brain responsible for compassion, self-awareness, and contemplation.

– Decreased gray-matter density in the amygdala, which controls anxiety and stress response.

As this study demonstrates, by practicing meditation and mindfulness, we can increase plasticity in the brain, essentially rewiring our minds. We hold power to control our responses to the world around us as well as our thoughts. Indeed, mindfulness helps to unlock this incredible power within us.

Professor J. David Creswell of Carnegie Mellon University performed a study showing that one needn’t practice meditation for years to obtain the benefits. He found that just 25 minutes of mindfulness meditation for three days can provide significant stress reduction.

Creswell and his team conducted a study that included 66 individuals ranging from 18-30 years old. The first group of participants completed a short meditation program, which included 25 minutes of mindfulness exercises for three consecutive days. The meditation group engaged in breath exercises designed to bring their awareness to the present moment and still the mind. The other group used the three days to read poetry designed to increase problem-solving abilities.

To measure their results, all participants in both groups had to complete speech and math exercises in front of strict-looking evaluators. All individuals in the study had to report their stress levels during the activities as well as provide saliva samples to measure cortisol.

– The meditation group reported lower stress levels during the task, which shows how quickly meditation can work in the brain. After only three days, participants noticed these benefits.

– However, the meditation group showed higher cortisol levels, which contradicted the response the research team expected.

“When you initially learn mindfulness mediation practices, you have to cognitively work at it — especially during a stressful task…these cognitive efforts may result in the task feeling less stressful, but they may also have physiological costs with greater cortisol production.”

The research team focuses on making mindfulness practices less cognitively taxing in the studies so that cortisol levels decrease. While more studies need to be done, this one shows that people can feel the benefits of meditation in a short period. Even though their cortisol levels may not mirror how they feel, the importance lies in the improvements they observe in their mental states.

In addition to meditation, try these techniques to remain more present in your everyday life:

Final thoughts on how mindfulness can heal your brain

Mindfulness, like everything else, takes practice consistently to observe any benefits. However, as shown by the stress reduction study, you can start to notice results in just three days! We must take care of our brains if we want to live a happy, healthy life. Plus,  practicing mindfulness can improve our mental health exponentially.

Studies prove that mindfulness can help lower stress, improve depression symptoms, and increase capacity for learning and memory. If you don’t have a meditation practice, make sure to incorporate one into your routine. Then, watch how quickly your mindset will change!

Source: Researchers Reveal How Mindfulness Can Heal Your Brain- powerofpositivity.com