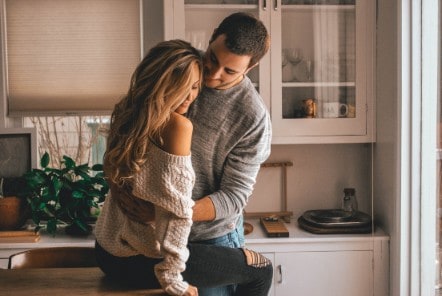 An example of a problem that cannot be solved is: You want to move to the city to start a new job and he wants to buy his dream house on farm.

If neither of you are willing to budge on this, this problem will never be solved. But if you use these methods to talk about this problem, you will quickly see if your problem is fixable or not.

HOW TO SOLVE RELATIONSHIP PROBLEMS – A Complete guide

USE THE SILENT TREATMENT PROPERLY

I think we all secretly know that the silent treatment is destructive. We know when we’re doing it that it just feels wrong but that’s because we’re not doing it properly.

“Past research has shown that, compared to other couples, those who practice the silent treatment are:

It’s a bad habit that must be abandoned if a relationship is going to thrive.” – Business Insider

The above quote is from an article titled “Why you should Never Give your Partner the Silent Treatment”.

Oh how wrong this is. Never say Never!

The silent treatment is destructive, yes, but sometimes it is necessary.

I use the silent treatment all the time. If I’m really angry and really frustrated with something – I absolutely cannot have a healthy and productive conversation while i’m in that state.

No matter how much I want to “get this solved now!” or tell him “we need to talk about this now!”

This is where the silent treatment comes in. It’s using it to take some time away from the argument, having some alone time for a while so that you can cool down.

If he comes in trying to solve the situation and you’re not ready to discuss, turn him away or refuse to discuss the problem.

You’re not ready yet.

The destructive part of the silent treatment comes in when you don’t tell your partner why you don’t want to talk.

Simply giving him the silent treatment without telling him why is destructive.

All you have to do is say”i’m really upset but I don’t feel like talking about this yet. I need some time to cool down and then we can talk”.

I went into more detail on my post about How to Stop Fighting and start communicating with love  but the general idea stays the same. We need to communicate our thoughts and feelings in a healthy way. The fuel for the communication fire should never be anger, frustration or contempt, it should always be love.

If you remember to use Love as the fuel to any conversation, it will help you say the right things and avoid falling into the trap of fighting rather than discussing.

When you are angry you want to yell, guilt trip, call names etc. It feels so good just to lash out at the person that hurt you.

The problem with doing this to a person that you’re in a relationship is that it bounces back and hits you right in the face.

You guys are a team and if you shoot the only other member of the team in the back, you will be left fighting the battle on your own. The battle in this situation is not the fight you’re in, it’s life.

Do yourself a huge favour and learn how to communicate your needs in a way that helps improve your relationship, not bring it down.

My communicating with love post goes into more detail on how you can communicate in a healthy way.

An excellent article by Marriage Counsellor Dr. Gary Brown highlights the importance of physical touch in relationships. He talks about how when we are little babies, the only thing that we know means “love and comfort” is touch. Babies need to be held and cuddled. It is the only thing they need other than food.

This is the first language that we learn to communicate with when we are infants. Hugging and cuddles = love.

Scientific studies have shown that touch can be decoded as a form of nonverbal communication across a diversity of developed countries. Touch can communicate tenderness, compassion, anger, love, gratitude, happiness and fear within mere seconds. – Dr. Gary Brown Ph.D.

When you touch your partner, it’s saying “I Love You”. If we are discussing a relationship problem or if we’re disagreeing about something, it can be hard to touch the other person because you feel they are your enemy. They are not your enemy, they are your partner in life.

Putting your hand on his leg or even cuddling while you have important conversations is an excellent way to tell the other person “we’re disagreeing right now, but I still love you”.

CONTROL THE SITUATION BY CONTROLLING YOUR EMOTIONS

I am a huge believer in the power of using your brain to help control your emotions.  I knew it was possible but it wasn’t until I read “Kiss You Fights Goodbye” By Dr. Jamie Turndorf, that I realized how essential that power is when we’re trying to have a discussion with our partner.

This is badly paraphrased but the book talks about how men are biologically wired to respond with a fight or flight reaction to high stress situations. Back in the day when they were out hunting and a tiger came along, they had to fight it or run away.

If you start yelling or raising your voice, you are creating a high stress situation for your partner. You are basically attacking him, just like a tiger.

If your partner really loves you, it’s likely he doesn’t want to fight you physically and so his method of conflict resolution resorts to “flight” AKA a cognitive shut down. This means he has mentally checked out or physically checked out by removing himself from the situation.

Although this can happen to both females or males regardless of gender, it is a trait that is most often found in men.

If you notice that he is shutting down, DO NOT turn up the volume and start yelling louder to get your point across. He is not ignoring you, he is using a defence mechanism to protect himself. Strip away the “threat” by using any or all of the above methods.