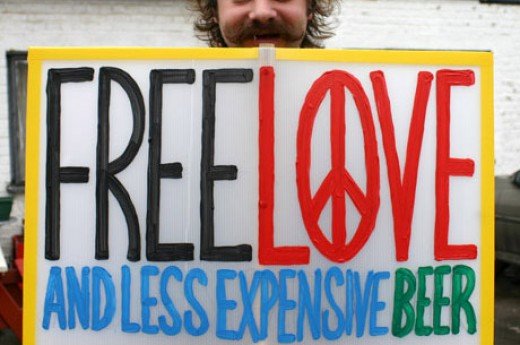 That’s a rather broad assumption. The reality is that most people are dating and marrying and figuring things out as they go along, just as we always have. The only difference is that “back in the day” we had very specific courting rituals. We don’t have those anymore, and so now we may flounder a bit. But generally speaking, if we use our common sense, we’ll know how to proceed when dating.

When men complain about feminism, they are really complaining about hard-line feminism, or misandry, much like women complain about misogynists (who have been around much, much longer…..and with whom we’ve had to deal with since the beginning of time, so spare me the pity party about women having it easier than men). Anyhoo, hard-line feminists comprise a small section society. Academia comprises about 1.7% of the population in the United States. Unfortunately, they do garner quite a lot of influence in the media and politics. However, most women you meet are not like them. The typical woman who may identify as a feminist is generally someone who believes in equal pay and opportunity, but nothing radical. Most women you meet are not hard-line feminists, unless you run in those circles. Furthermore, the women you are referring to are easily identifiable because they’ll tell you who they are. They’ll go on and on about reproductive rights, etc. etc. They hate the Miss America Pageant. They probably don’t like much of anything. They complain a lot. Even I don’t even like being around them. So, if you want your dating life to be easier and probably better (truth be told), just don’t date them. Maybe then, they’ll get the hint and learn that they don’t have to be so defensive or act like men. Likewise, I tell women never to date a man who disrespects women or who supports any group, online or otherwise (such as MGTOW) that disrespects women. It’s not that complicated.

When it comes to lasting relationships and romance, most people still value fidelity. As a society, we’re in the middle, or right of center. For goodness sake, all you have to do is look around you. Most people are dating, getting engaged, getting married, and having children everyday. They don’t care two cents for what 2% of academia or men’s forums have to say. Both groups are at opposite ends of the spectrum, yet both spew propaganda. Don’t listen to either one of them. They’re a tiny percentage of the real, living population. Both narratives are not real. I’m sure you’re smarter than that. Use your critical thinking skills. Look up credible statistics to discover actual truths.

If you want a relationship, you can find a relationship. You just have to be self-aware, be brave enough to put yourself out there, be a decent person and have enough savvy to recognize which women have values that will foster positive growth in a relationship. And if you don’t know what that means or if you haven’t developed any values yourself, then you’d better get some. Many good women exist. As I’ve said before, I meet them all the time. Maybe one day, you will meet someone who is just the right fit for you. But first, you have to let go of preconceived notions and have some faith.