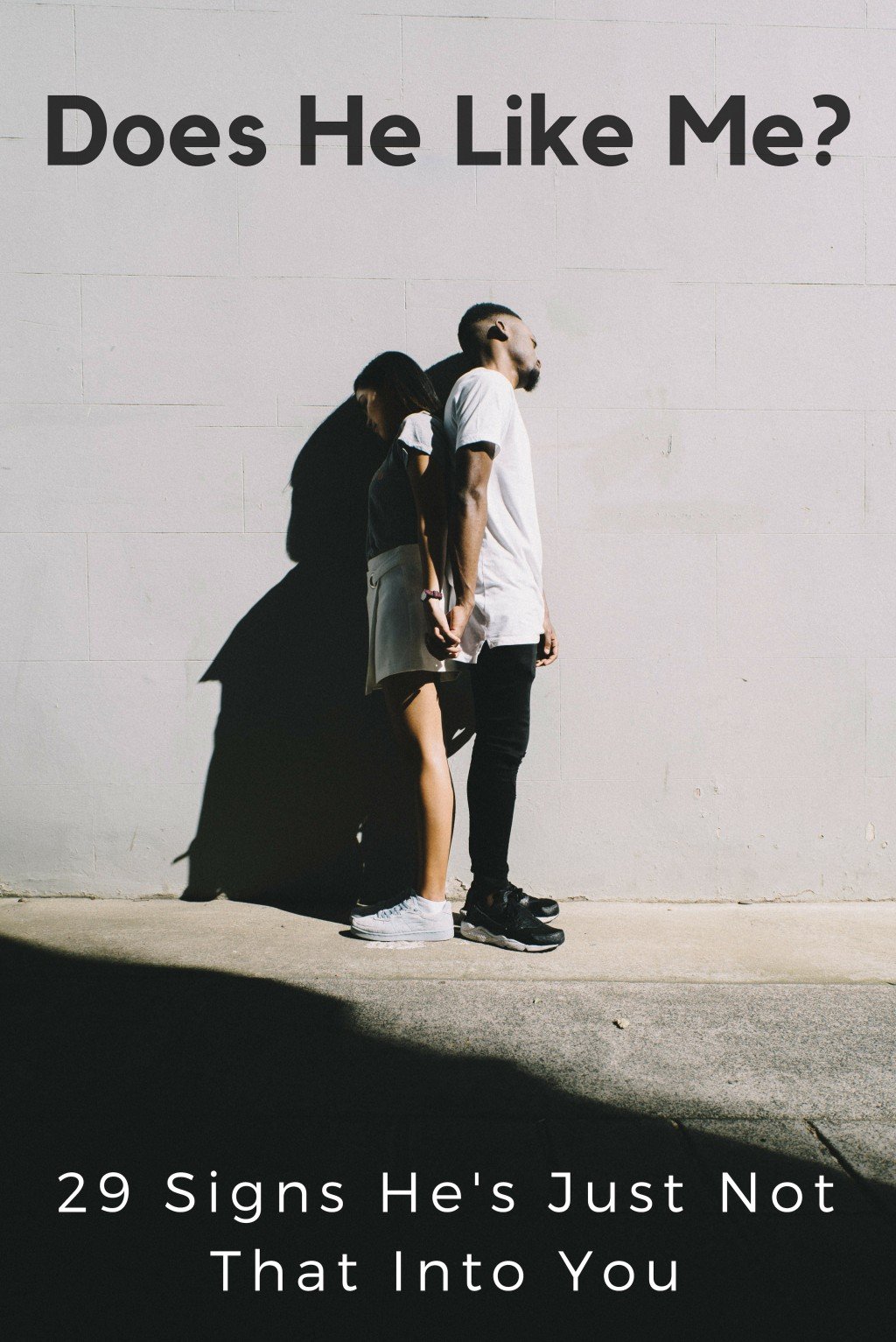 This sign goes hand-in-hand with the one above. Our feet point in the direction of what we desire—so if his are pointing anywhere but at you, that’s not a great sign.

When guys are interested and caught up in what you have to say, they walk at the same pace. They don’t fall behind or walk too fast. If this is consistently out of sync, it’s more than him just having a busy mind one day.

Guys who like someone want to be around that person, meaning they’ll choose to sit or stand by them in a group—anything they can do to stay nearby. If he never sits next to you or chooses to hang out around you, he probably isn’t interested.

Consider the proximity he has with you. Is there always distance between you, even when it would be easy for him to close the gap? As hard as it might be to accept, he probably doesn’t like you.

15. He Never Approaches You.

Note: If he notices you’re there and walks the other direction, you should take that as a clear signal that he is not interested in you and move on.

Let’s keep with the idea of the two of you in the same room at a party. Does he even notice you’re there? Unless he’s extremely shy, if his eyes never meet yours and he makes no move in your direction, it’s possible that you’re you are just a blip on his radar.

There are two main reasons a guy will avoid making eye contact with you: he’s intimidated by you or he’s trying to avoid you. In the case of the former, a little time should help him get over his nervousness around you. But if he consistently fails to make eye contact and he displays some of the other negative body language in this article, it’s probably the latter, and you should move on to someone better.

When he talks to you, he never lingers. Sticking around gives him the chance to build a romance, so if he doesn’t linger, then it is all business. I’ve said it before, and I’ll say it again—if a guy is interested in you, he will take every opportunity to be around you. If he’s interested, he’ll keep the dialogue going and make sure that you get the drift.