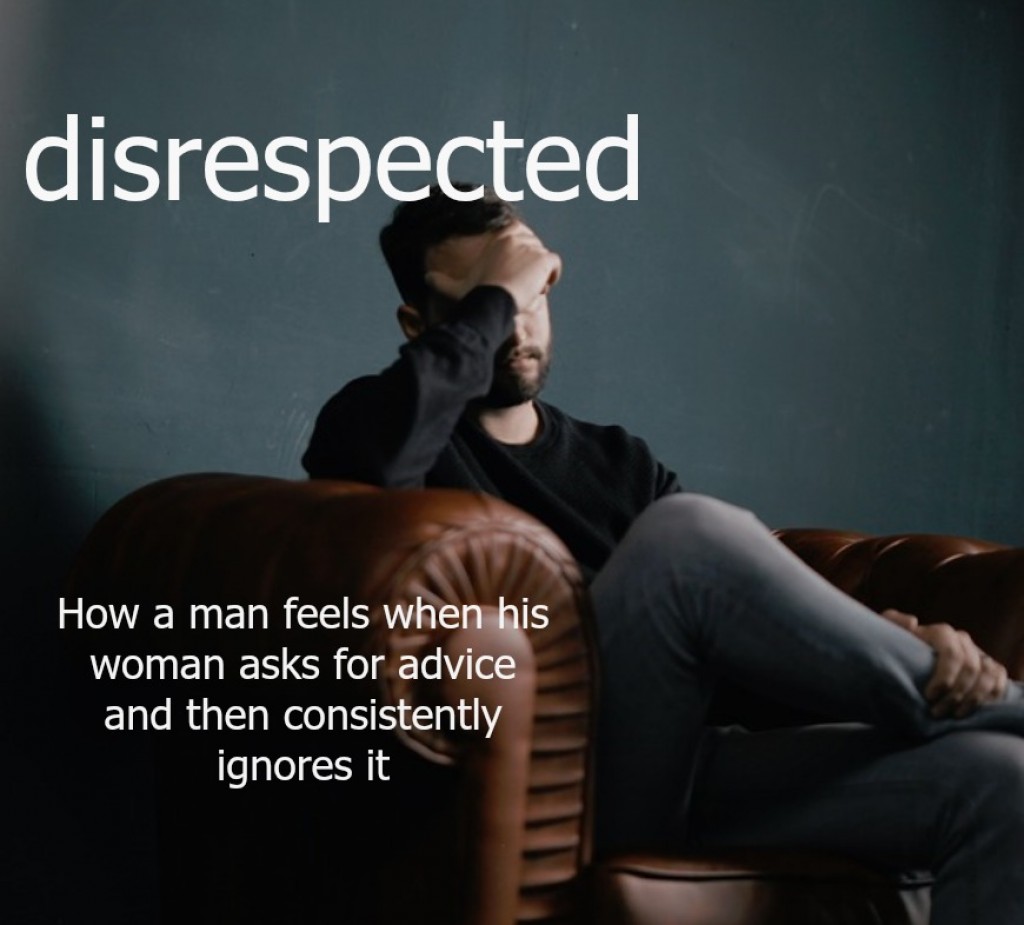 Are You a Pro at Chasing Men Away?

If you’re nodding your head, you’re doing a good job of chasing men right out of your life. If you want one to stay, you need to look at your behavior and make the necessary changes.

Can You Handle the Truth?

We all know women who ask questions without wanting truthful answers. “Do I look fat in this dress?” is something a gal says to her boyfriend, seeking reassurance or fishing for a compliment. The last thing she wants to hear is anything resembling an honest response such as: “Yes, you look like a ton of lard in that!”

Similarly, when a single woman laments to her circle of friends, “Why can’t I keep a boyfriend?” she’s not wanting a well thought out, constructive reply. Instead, she’s looking for unconditional support and comforting words from her posse: “There’s a lot of losers out there,” “It’s them, not you,” and “Don’t give up hope. Some day your prince will come.”

But, as a pal to many single ladies, I’d love the chance to tell them what I really think without losing their friendship. I see so many of them making the same mistakes and, if they could accept the brutal truth and change their behavior, guys would enter their orbit and never leave. Here are 10 things women need to stop doing if they want to keep a man.

1. Asking for advice but never taking it

There’s nothing more flattering than someone asking for our advice. A woman who does this with her boyfriend makes him feel worthy as if his sage words are truly valued. When she turns around and consistently ignores his input, though, she undoes all the goodwill she’s built up with him.

He feels duped, discarded, and disrespected. Furthermore, when he overhears her asking for advice from her mother, her neighbor, her co-workers, and everyone under the sun, he realizes she loves the attention and couldn’t care less about his counsel.

2. Trying to change him

Some women look at a man’s potential and figure that they can mold him into what they desire. Instead of taking him “as is,” they imagine turning him into an ambitious guy who’ll make big bucks, a sensitive soul who will talk for hours about his feelings, or a stay-at-home kind of dude who wants a wife and kids.

This, however, doesn’t work for two significant reasons. One, the only person a woman can change is herself, not her partner. Two, men want to be loved and appreciated for who they are. When they discover that their lady sees them as a fixer-upper, they get wounded and look elsewhere for unconditional love and acceptance.

Some women fall in love with their own narrative, never tiring of telling their tales and hearing the sound of their voices. When guys mention that they’re already familiar with the stories, these ladies plow right along as if that fact is irrelevant.

Eventually, the men realize that they’re not needed and any set of ears will do. Hearing the same thing over and over again leaves them feeling like hostages and their only goal becomes to win freedom.

Some women marinate in their issues: an on-going battle with a co-worker, an unresolved conflict with the landlord, a festering dispute with the neighbor. Their problems become their identities, and they don’t want to part with them. Men, on the other hand, are problem-solvers who strive to resolve issues and move forward. Hence, we have the term “drama queen” and not “drama king.”

In “How Gender Differences Make Decision-Making Difficulties,” Dr. Susan Heitler warns that a woman’s on-going predicaments can frustrate guys. She writes, “when men address a problem, they tend to head straight for the finish line. They view success as finding a solution, preferably asap.” When their gal’s issues never go away, guys see this as a personal failure. They eventually get discouraged, give up hope, and look for a different situation where they can be of more use.

5. Being catty about other women

While a guy might chuckle awkwardly when his lady makes mean-spirited comments about other women, he’s also taking mental notes. When she makes snide remarks like “she looks like a sausage squeezed in those jeans” or “her IQ can’t drop any lower,” he knows it reflects her insecurity, competitiveness, and envy.

He realizes that same cruelness could one day be turned on the women he loves dearly: his mother, his sisters, and his female friends. He’s looking for someone who can blend into his life with everyone he knows—both male and female—and a catty woman isn’t a good fit.

6. Talking too much about feelings

While some guys are attracted to high maintenance women at first, they eventually get frightened off by their unreasonable demands and high expectations. According to Kara Oh, who dispenses advice on dating and relationships, men don’t want to be on their toes all the time. They don’t want to cater to a lady’s every whim, making sure every detail is just right. Guys want to relax with a gal who’s flexible, spontaneous, and fun. They eventually move on from a high maintenance woman, realizing they’ll never make her happy.

8. Talking too much about her pets

There’s no doubt that people love their pets and with good reason. Numerous studies show the remarkable benefits—both psychological and physical—of owning an animal. However, when a woman talks obsessively about her beloved pet, it can be a real turn-off to guys, leaving them glassy-eyed and bored out of their minds.

Instead of a monologue about their precious pooch, charismatic cat, or perceptive parakeet, women should be prepared to discuss topics that will stimulate a dialogue. They could include favorite songs, movies, and books, preferred ways to exercise and get fit, current events, hobbies, and great places to travel and hike. They could also discuss shows that they’re binge-watching and places they like to frequent for brunch, coffee, or dessert.

I’ve actually had friends brag to me about giving their guys the silent treatment as if it signifies that they have the upper-hand. In reality, though, it’s a sign of tremendous immaturity and of them not being ready for a grownup relationship.

On one end of the scale, a gal who gives the silent treatment may lack communication skills and self-confidence. On the other end, she may be a narcissist who uses it as a way to punish her partner and make him squirm. Either way, a smart man knows it’s time to bail.

10. Abandoning her own interests and hobbies

When dating a guy, some women make the mistake of letting their interests and hobbies slip away as they become overly focused on the relationship. This, however, can result in them seeming less appealing, too clingy, and not as independent and interesting as they initially appeared to their guy.

According to blogger, Melissa Dixon, men find some hobbies that women do more attractive than others. These more desirable ones include running, fishing, archery, cooking, photography, and gaming. They like their ladies to partake of activities that keep them physically fit and promote their overall well-being.