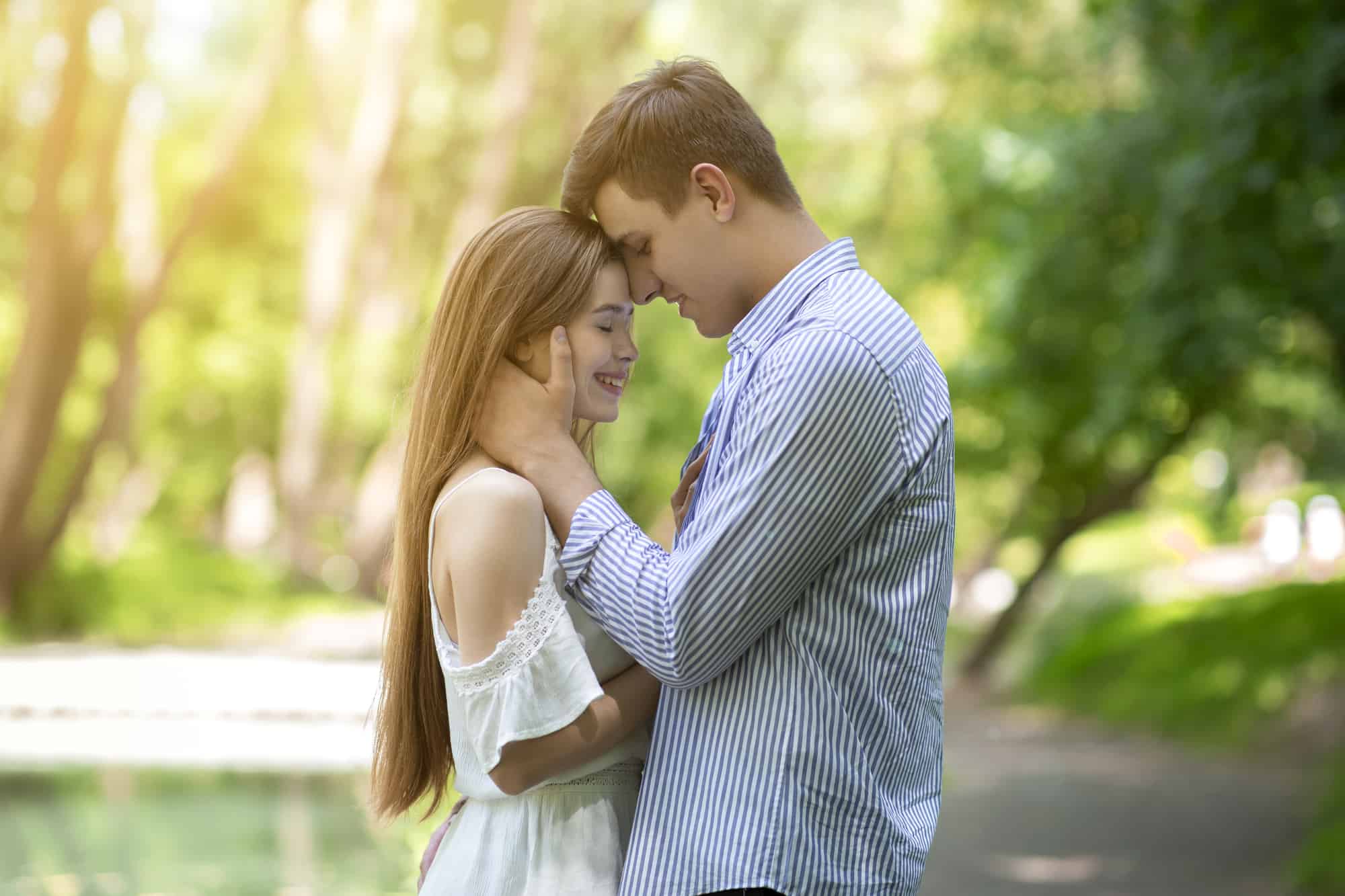 Virgo is an intriguing star sign from mercury. In Latin, it means “The Virgin” and it’s the sixth zodiac sign. More so, its main element is earth. To be a Virgo, you have to be born between August 23rd and September 22nd, and the Virgo star sign is known to be very compatible with other star signs like Cancer, Scorpio, Capricorn, and Taurus.

If you pay attention to a Virgo man and Virgo woman, one thing you will notice is that they are realists. These types of men are often trustworthy, intelligent, and quite attentive. He will listen to his woman; he knows how to be very charming and is a hard-working man. He may be more of an extrovert if born closer to Leo, other than that he will have reasonable people skills.

A Virgo woman, on the other hand, is pretty good at emotional blackmail (the man too). But of course, women are naturally a bit extra. She is the right mix of beauty and brains and is also very organized. More so, these ladies are very creative with their imaginations, hardworking, and smart. They are so picky when choosing a lover and usually desire a deeper connection.

Compatibility Between A Virgo Man And Virgo Woman

A Virgo man is not one to make a sudden move, especially in regards to something sensual and sensitive. He’ll want to take his time, wait patiently, and analyze situations instead of acting on impulse. They are the types you can’t take off guard sexually; if it’s happening, he already thought it through.

This type of man is very conscious about what happens in bed, not keen on many tactics but wants the few he enjoys done to perfection. If he’s dating another Virgo, he wants sex to be passionate, invigorating but he’d also take his time to find out what makes you tick in bed.

There’s evident respect for his partner’s desires in bed; he isn’t selfish and wants a partner like that as well. When you think of a compatible Virgo woman as a bedmate, the Virgo man may not be the best choice. Since Virgos are very critical in nature, sexual partners from this sign might not enjoy sex as well as they should.

They are known to search for faults in everything and are a bit critical about certain things, including sex. This trait could cause a little bit of friction, as the need to get it right multiplies when two Virgo born partners are involved.

With these attributes, it’s safe to say that two Virgos may not complement one another in bed, but would they last in love? Well, read on to find.

A lot of Virgo men are shy, however, those born closer to the Leo sign are more outspoken. These men are hard workers, it doesn’t matter if they’re working for a boss or are the boss themselves; they always bring their A-game to the table. What’s more, most of them would rather be the boss anyway.

They are great charmers, no matter the situation, they seem to always charm their way through things. Additionally, these types of men are very skillful and are still willing to learn something new. It is their perfect nature that makes them strive to be the best at what they do.

A Virgo woman, on the other hand, is a go-getter; once she sets a goal for herself, she will strive to achieve it. She’s ready to go the extra mile to perform a neat task which makes it easy for a Virgo male to understand and relate with her.

She too has a very creative mind, which means they would find the love for art something they both have in common. This type of woman would rather be the boss at work, after all, she’s determined and smart. She has a beautiful mix of beauty and brains, so when she’s open to a relationship, should she consider another Virgo.

Although most Virgo men are shy, they are brilliant but stubborn, it’s a trait they have because of their earth element. It takes a good amount of emotional intelligence to make a relationship with this type of man work. He can be very observant and helpful but would take his time to analyze a date before considering a relationship with her.

Additionally, if you take an online compatibility Virgo test,  you’ll notice that two people could be Virgo compatible since they are known to be intellectuals, that ‘perfectionist’ attribute makes them want to have meaningful conversations, they may also like doing similar activities together, this is one area where they could really complement one another.

A Virgo woman would want a man she can trust around her; she’s very picky about men and always looking to start something meaningful. She may not seem like it, but she’s a very expressive person.

She is also interested in a partner who listens, which is a perfect matching quality since Virgo men aren’t just good listeners. They have an impeccable memory that helps them remember a lot of things like the stuff you tell them.

Virgo couples have a lot of love and compassion for each other, they are the type to keep a small tight circle even though they know a lot of people. They could sometimes be individually insensitive and too critical when dealing with issues.

However, deep down in there is an honest, selfless person, it’s part of them to want to care for a person, and that comes from being the ”mother” of all Zodiac signs. They are wired to nurture those around them.

Additionally, Virgos are naturally loyal people, and they bring that trait into their relationship with other people. This isn’t the zodiac sign prone to cheating in a relationship so you can be assured of the loyalty between Virgo couples. They’d rather spend time with the one they love instead of getting it on with someone else.

Also, the Virgo couple is both unapologetic hard workers, so neither of them feels neglected when the other partner is involved in so much. If not carefully dealt with, the similarities between Virgos could cause them to irritate each other a lot.

Virgos develop a powerful bond with people who are like them in nature, communication may not be cultivated easily between them, but as soon as they find what works, it doesn’t go away. Sometimes they may not even need to use spoken words, but they understand each other correctly.

One of the love languages of a Virgo is ”acts of service.” they appreciate it when someone they care about goes out of their way to do something meaningful for them. Virgos can’t stand being with a person they don’t fancy, which makes it hard for them to be involved in anything casual.

Since they are very similar, from the inception of the relationship they can admit to each other the truth about what they want from themselves.  What makes Virgos compatible is that it’s easy for both of them to come together, set a goal and achieve it, plus, they are both prone to keeping their love life private.

Are Virgo and Virgo a good match?

Yes, I think two Virgos would make a good couple, they are both similar and accommodating of each other. Working unapologetically hard is more of an innate trait so that rules out the possibility of one partner feeling left behind by the other. They are both go-getters, so if they set a goal in a relationship, nothing can stop them. Complimenting each other is one of the strong qualities of a Virgo couple, they can meet themselves halfway quickly.

Can a Virgo man and Virgo woman work?

Virgo woman compatibility with Virgo men may not be smooth but could prove to be beneficial in the long run.  It’s their critical behavior and self-doubt that could be the characters that would create a rift in such a relationship.  Even though they’re both alike, their ability to adapt and work hard helps them make the necessary compromise. Two Virgos could be strong together when they finally connect, but they need to be in love to make things work.

Are Virgo and Virgo soulmates?

Virgo is a star sign that isn’t known to have a soulmate, this star sign is very harmonious, which means it can be compatible with a lot of star signs, some more than others. If a Virgo were to have a soul mate, I would say it’s a Capricorn or Taurus. Even though the Virgo and Virgo are a good combination, I wouldn’t say they are meant to be soul mates.

Who is Virgo sexually compatible with?

It’s said that the best sex partner a Virgo would have would likely be a Capricorn. Virgos are good in bed, but they take the time to analyze things too much, it doesn’t mean they’re not suitable or don’t know what they’re up to, but they are a suitable match for Capricorns who are patient in bed. Virgos and Capricorns would pay more attention to each other in bed and prioritize it equally.

Virgos are perfectionists; it only makes sense that they would be good kissers. Their kiss is said to keep their accomplices wanting more, very subtle, and unique as well. A true Virgo would always aim for a neat kiss, without all the slobbering.

I hope this article has shown you how Virgo is compatible with Virgo, they may not be a match made in heaven, but they’d do well together when deeply in love. Let me know what you think in the comment section below, and please share this article with your friends.